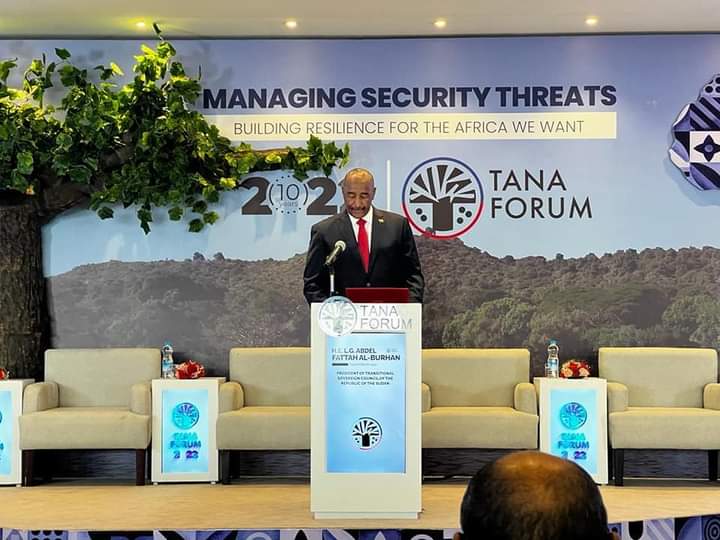 After his arrival at Bahhir Dar city in northern Ethiopia, The chairman of Sudan sovereign transitional council Abdelfatah El Burhan attended the tenth tana high level forum on peace and security in African , the conference is held every year and attended by most prestigous , officials and leaders of Africa , this is the first participation to Sudan after the last one representation by former president Omer Elbashir in 2018.

Ge. Elburhan took part as the chairman of sovereign council, the commander in chief and representative of the republic of Sudan, during his official talk to the congregants H.E emphasized that the forum has a unique realistic implementable method that carries the desired solutions to African problems.

He has also expressed his thanks to organizers and the host of such program as he named it an African intellectually integrated gathering for ideas to unify the concepts with a fruitful discussion.