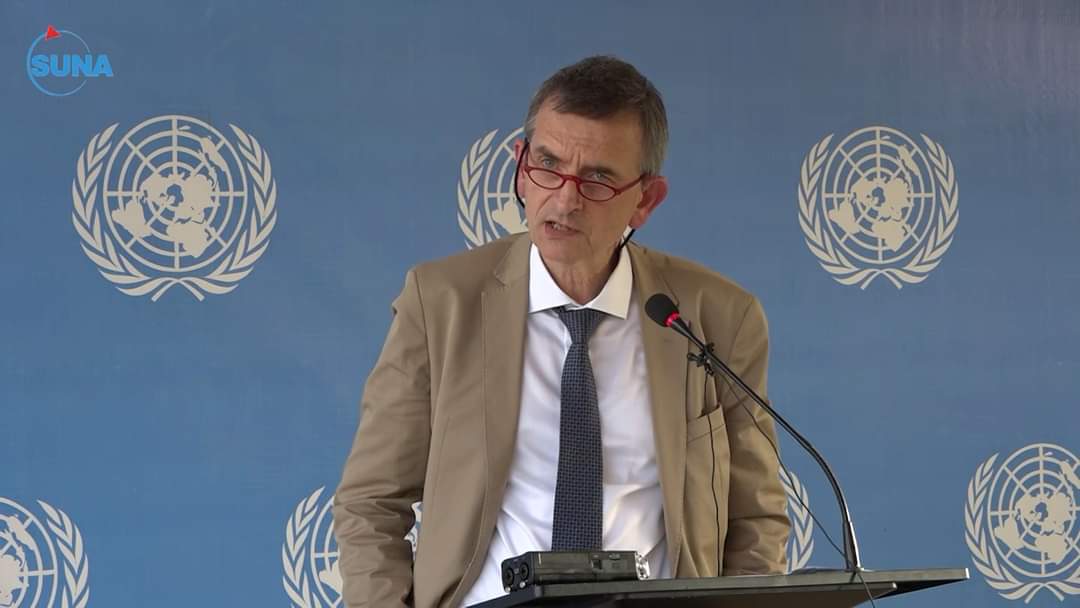 The Consultations on a Political Process for Sudan are a UN-facilitated exercise to support Sudanese stakeholders in building consensus on the way forward for the country: to address the current political impasse and develop a path towards democracy and peace.

UNITAMS, which was established at Sudan’s request, is mandated to assist in the political transition, make progress towards democratic governance, and support the government in the promotion of human rights and sustainable peace. Through its good offices role under Security Council Resolution 2579 (2021), UNITAMS will work with all actors to develop an inclusive process that can build consensus on the path to a full civilian-led democratic transition.

The UN has no position on the outcome of this process, which will be guided by the views of the Sudanese themselves. We will avail a range of capacities to maximize participation and ensure engagement across the political spectrum and across the country.

The outcome of this initial phase of consultations will feed into the design of further steps of the process. Subject to the outcome of the consultations and to the request of the parties, UNITAMS stands ready to facilitate additional steps at a later stage as may be required and potentially together with other partners.

The UN is committed to support a civilian-led government as the ultimate objective of the transitional period in Sudan as per its mandate. We are likewise guided by the principles of the Organization, including respect for human rights and the centrality of women and youth participation in peace processes.

The UN counts on the full cooperation of all parties, especially the authorities, to create an atmosphere conducive to these consultations. These include immediately ending the use of violence against peaceful demonstrators, holding the perpetrators of such violence accountable, and preserving and protecting the human rights of the Sudanese people.