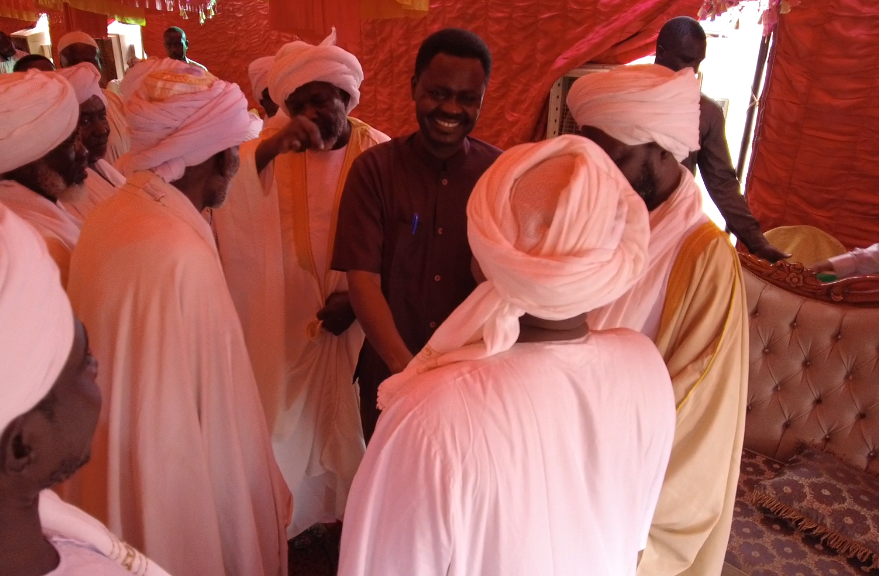 Mini Arko Minawi , the Sudan liberation movement and newly appointed Darfur region governor has organized a social gathering at his home in Omduram Almuhhandseen , where he invited the Sudanese people to come and take Eiduladh felicitations , many people have attended the event , during the event the governor interacted with people openly and exchanged idea young and old people of the area and others who were invited from different places, it has been spotted on some news agencies that the governor visited one of the very controversial Sheiks and religion interface experts called Alshiekh Mohammed Abdelgadir , the fact about those posts is the gover met the Sheikh at his own house but rather the Sheikh came to event himself.

The visitors were very exited for they have not used to public social initiations by their leaders only there is a political rally or a formal address like press conference and any other political agendas, as he welcome his guests to the breakfast the governor listen to so many peoples stories about their eagerness for peace and security. Analyze free pokies.