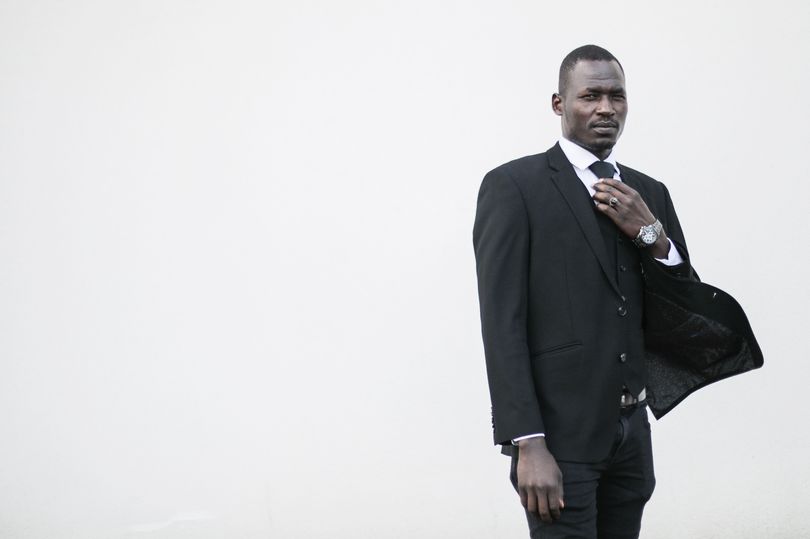 I’m originally from Darfur in Sudan. When I was 11 years old, I had no choice but to move from place to place with my family, seeking refuge from the horrific war that was terrorising our homeland. The conflict and resulting humanitarian crisis left so many people displaced, and I was one of them.
Eventually we settled in Al Fashir, the capital of North Darfur. I was able to finish high school and started working for the next 3 years to help my family. My mum and I worked to support my younger brothers and sisters and to pay for their education.
Then I travelled to Khartoum to find work there while I was studying Human Resources. I also took several courses to improve my English language. I was working towards a better life.

Sign up to Glasgow Live newsletters for more headlines straight to your inbox
I met a group of university students who I’d grown up with in Darfur, who had their funding withdrawn and were being treated very badly because they spoke out to expose government corruption. I decided to try and help them by raising money from some people I knew from Darfur who were also working in Khartoum.
They gave me weekly donations to take back to the students to allow them to continue their education. But because the government knew they had cut their source of funding, they arrested the students and questioned them on where the money was coming from.

After being tortured the students confessed that I was the one bringing the money to them, and I was arrested for being a rebel helping political activists. I told them I was only trying to help the students pay for their education, but I was put in prison.

I was in prison for 48 days until the man who I worked for paid a guard to help me to escape. I had to leave Khartoum, or I would have been killed. I managed to get out and flew to Libya

As soon as I arrived in Libya I was captured by the militia and held in the desert with other prisoners for 10 days before they took us to a village and told us we had to either pay or work for our freedom. I had to stay and work for 6 months.
When I was able to leave, I went to another town and people helped me by giving me clothes and support. I found some work to let me save money because I wanted to move on to a more peaceful place where I could find a good job.
But, whenever I made any money, it was taken away from me either by the government – they captured me twice and I had to give them all the money I had saved because they said I had come to the country illegally – or because I was robbed at gunpoint on the streets regularly, if you refused to give whatever you had, you would be shot and killed.
Every hour of every day you could hear the shooting in the streets. Whenever I left the house, I knew it was a 50/50 chance whether I would make it home again. I spent 2 years In Libya and other than having to leave my homeland as a young boy, it was the worst and hardest time of my life living under the constant threat of death – there was no peace or happiness for me there, only anxiety and stress.
I got out of Libya and flew firstly to Italy and then onto France, where I found other asylum seekers sleeping rough and struggling to find any help or support. I spent nine months living in the ‘Calais Jungle’ refugee and migrant camp and eventually, that granted me the opportunity to move to Glasgow, two years ago.

I became a student at Glasgow Clyde College, firstly to get my ESOL (English for Speakers of Other Languages) qualifications before I started studying Social Sciences. I became really engaged with the Student Association and found that the work it does really interested and resonated with me.
I decided to run as a candidate in the student elections and I’m now serving my second term as Vice President. Our role is to support students through their academic journey as well as their mental and physical health and help them to overcome any problems or issues they might be facing.

The Student Association is the connection between our students and our college, and I enjoy my work wholeheartedly. I believe education is one of the most important things you can gain for yourself to live a better and happier life and I want to help people to do that. After my studies I want to work in Criminal Justice.
In this life, we must have a subjective purpose. That’s what has got me through everything I’ve faced so far. No matter what was happening to me, I’ve always remembered that when the difficult times come, they don’t come to knock me down or make me fail, they come to make me understand my own strengths and see what the right path for my life is.
What always empowers me most is my own vision of my future. When I’m in a difficult situation, I don’t ever believe that is where I will stay. I will do whatever it takes to move on from there. I am the only one who will decide what my final destination is, nobody else will decide that for me.