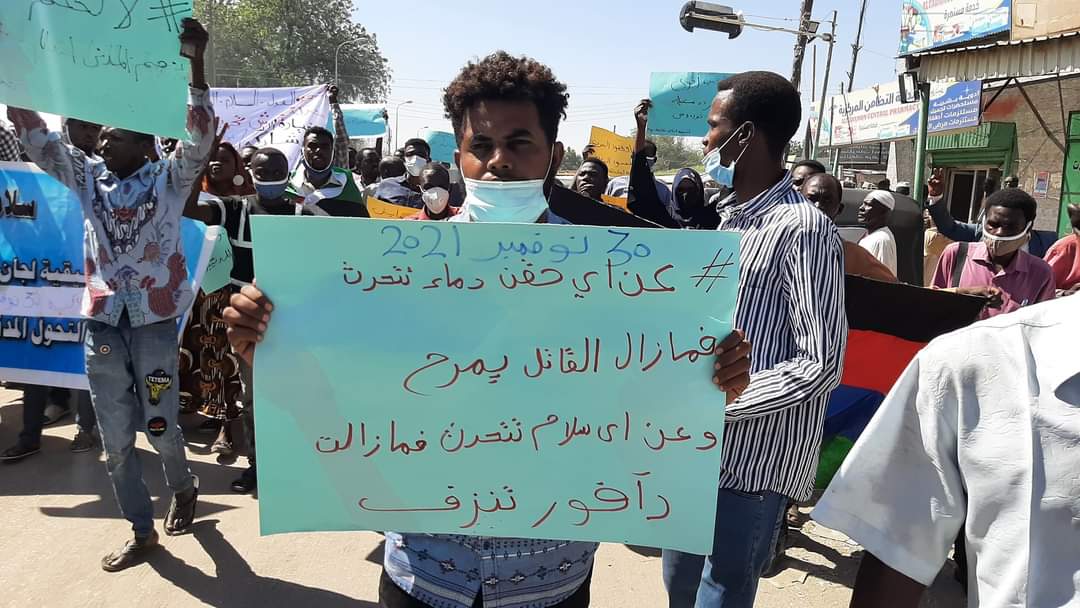 he 21st Sudanese political agreement that made Dr. Abdallah Hamdok to be reinstated as a Prime Minister again has aggravated the Sudanese revolutionary boards after a sudden governmental coup which was announced by General Abdelfatah Burhan, The chairperson of the transitional council and Commander in Chief of the army on 25th October and arresting of the most active civilian political leaders including Dr. Abdullah Hamdok.

Dr Abdullah Hamdok was appointed as Prime Minister after revolutionary protest, negotiations and The Juba Peace Agreement that was signed by both civilian and military members of the government based of a Constitutional declaration which written after the removal of former president Omar Al-Bashir and his regime in 2019.

The Sudanese people have considered decision by General Burhan was a complete and well organized military coup and they are no longer tolerating such act after thirty years of military rule. The Sudanese are now demanding an entirely civilian ruled – transition council which will lead the country to election in 2023.

As of today, 30 September, 2021, the sudanese were in streets to show solidarity, disobedience mostly total disagreement with the political Agreement that was signed by the Prime Minister and the Military Officials on 21st November, 2021.

The revolutionaries who viewed a decision by the Prime Minister as a wise solution agreed, but they are some revolutionaries, political parties and resistance committees of the neighborhoods which are back in streets again for a three marches every week and calling for civil disobedience against the government by calling it illegal and doesn’t represent the will of the Sudanese people and the revolution.

The prime minister came out in many media press interviews justifying the agreements which was signed was to stop bloodshed and keep Sudanese people’s lives, considering about forty (40) people were killed during civil disobedience of the military take over and unlawful arrest of political activists and journalists since the 25th October 2021, as well as the absence of human rights such as right to peaceful protest that is declared in the constitution document of sudan.