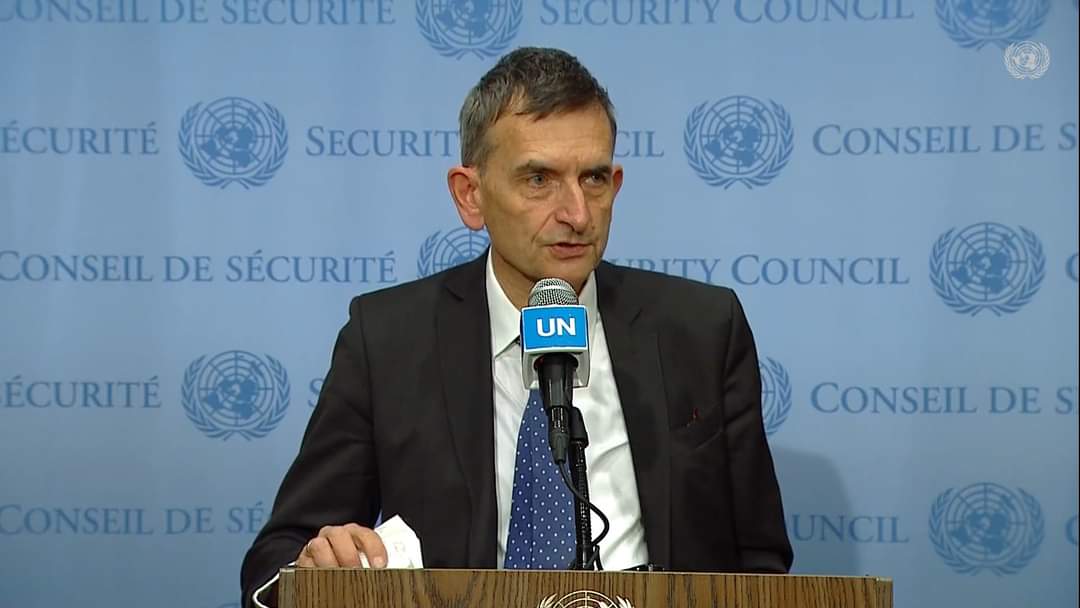 After his briefing to the United Nation Security Council the UNITAMS head and the representative of the UN in Sudan Dr. Volcker held an interactive open discussion attended by civic leaders, national organizations, youth activists and journalists from different media firms.

On his speech Mr. Volcker Perthes the special representative of united nations secretary general SRSG talked about his last address before the security council explaining the current political and humanitarian situation in the country ,after listening to different comments and questions form the attended audience ,he answered that the UNITAMS mandate it to support Sudan achieve civilian as well ad democratic transition and that the UN is not a revolutionary organization referring the previous experience and lesson learned from the United Nations African Union Mission in Darfur UNAMID that the UNITAMS  didn’t come to provide  physical civilian precision but rather help though limited capacity such as training and empowering, but the core work is to supporting democratic transition,

The SRSG Volcker emphasized that there will never be a successful press conference if there is no freedom of press and journalism therefore the UNITAMS decided to hold such interactive meeting with civil society representatives so that they would be able to raise opinions on how the mission  could be carried out , in this regards the SRSG Mr. Volcker said that welcoming the political agreement between General Burah and prime minister Abdalla Hamdook is considered to be the first step toward democratic transition and political inclusion to all Sudanese men and woman who would to participate in the next elections, he added saying election might not be free and fair before its adequate timeframe and best time for holding successful and democratic elections is 2023 so that all willing political parties and individuals who are willing to for electoral candidacy are ready and well prepared for such an election ,

He also stressed on the demand of the Security that there should be an efficient investigation on the arbitrary  killing of the revolutionaries for its their right to peacefully protest and freedom of expression.