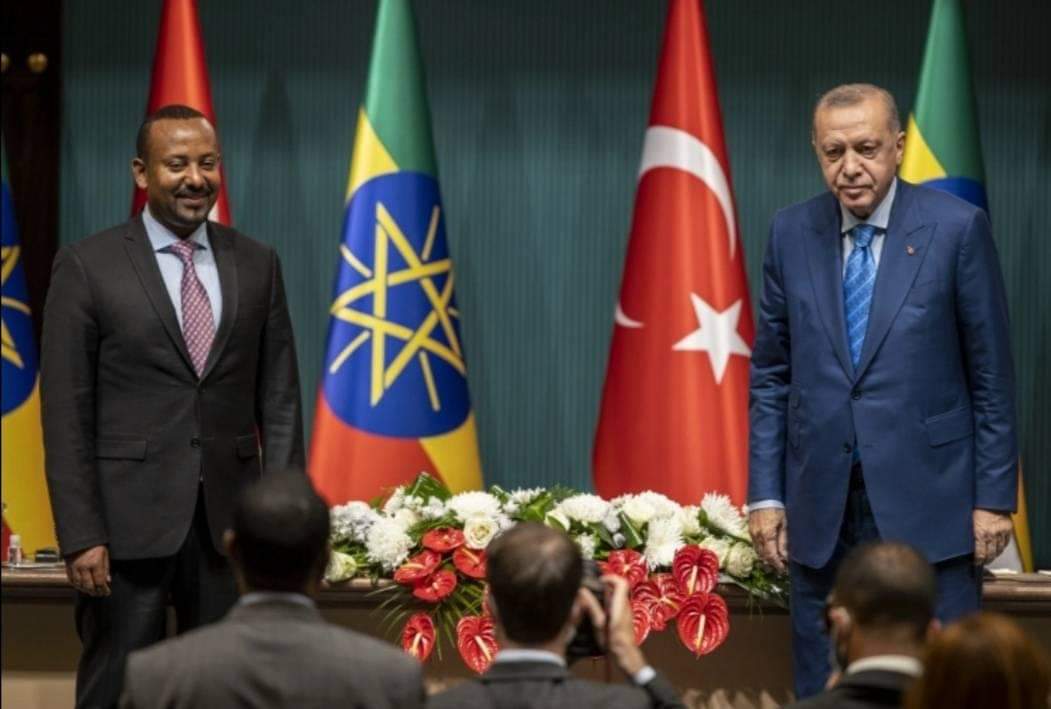 Erdoğan told visiting Ethiopian Prime Minister Abiy Ahmed on Wednesday that the war-hit country’s “peace and integrity is important to us”.
“If the situation deteriorates, all countries in the region will be affected,” Erdogan told a joint media appearance with Abiy.

“As Turkey, we are ready to make every contribution to the problem’s solution, including mediation,” Erdoğan said.

Ankara and Addis Ababa have friendly relations and the two leaders pledged to boost economic cooperation and trade.

Abiy said the two countries’ relationship was built on “mutual respect and trust”.
But the two leaders announced no specific agreements or deals.

Northern Ethiopia has been racked by fighting since last November, when Abiy sent troops to topple the Tigray People’s Liberation Front (TPLF), the region’s then governing party.
Tens of thousands of Ethiopians have fled to refugee camps in Sudan, to escape a conflict that the United Nations said has pushed 400,000 people into famine-like conditions.
In July, the UN warned more than 100,000 children in Tigray could suffer life-threatening malnutrition in the next 12 months.