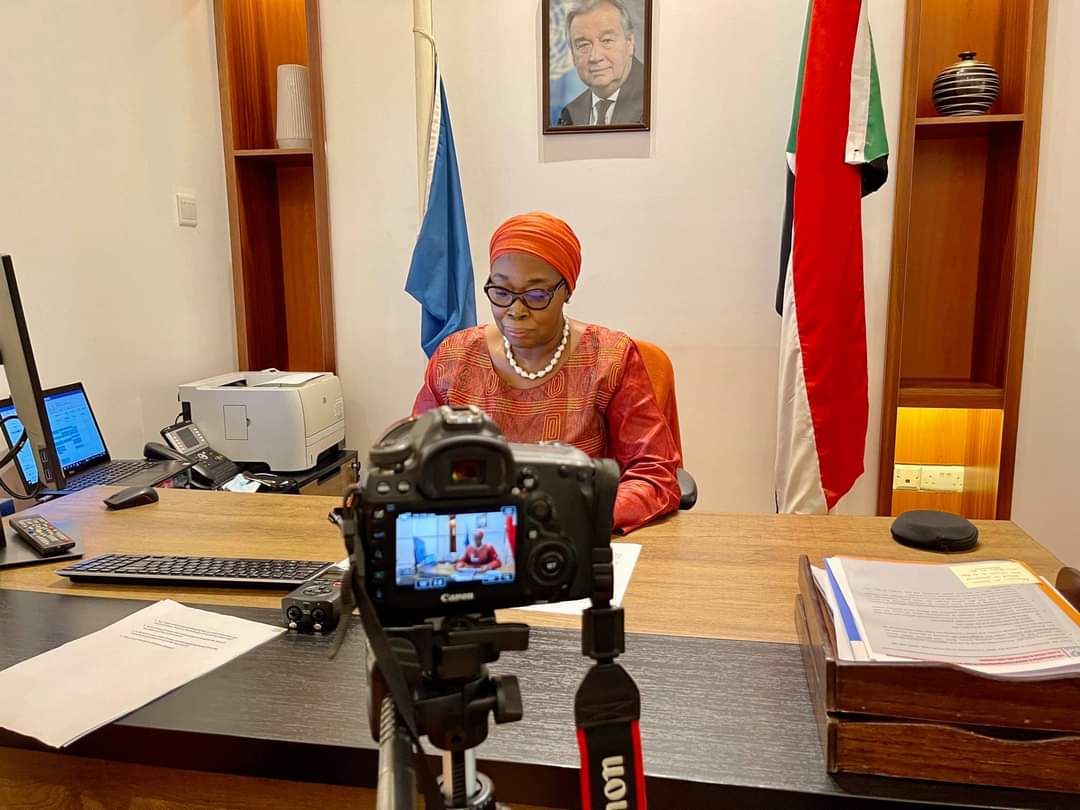 The UN secretary -General – Antonio Guterres appointed Khardiata Lo Ndiaye from Senigal is oppinted as UN secretary general Deputy special representative for UNITAMS of Sudan and to serve as the united nations resident and humanitarian coordinator.

After her appointed the deputy special representative Khardiata Ndiaye talked about bringing one UN approach for peace and development that needed by Sudanese people, her short video interview appeared on the UNITAM`S official Facebook platform expressing her thoughts regarding the role of the women in pubic , social , agriculture production, economy and mostly fighting for peace and stability at national and local level , she has also commented on the leadership participation of Sudanese women over the December 19 revolution that brought a provision of 40% of women being part of the legislative council, expressing ger her gratitude for Sudan bringing key ministries under the leadership of women, she concluded by a message of hope that those provisions to be translated to concrete decisions