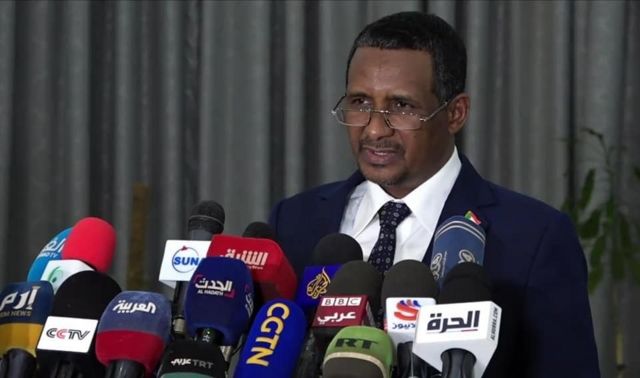 lieutenant general Mohammed Hamdan Dagalo (Himedti) the deputy chairperson of the sovereign council and chief commander of Rapid Support Forces (RSF) held an instant press conference at Khartoum airport talking to the media on his unprecedented visit to Russia and for the first time ever to represent diplomatic mission to Moscow amid Russian invasion on Ukraine, Himedti explained that the visit has come as an official invitation from the Russian government, although many Sudanese activists criticized that his visit was wrong timed.

lieutenant Dagalo said his visit has opened doors of Russian investments in Sudan, stressing that the two countries have long lasted bilateral relations specially on industry and military improvement, ministers concerned on development took company of Dagalo throughout his six days trip to the republic of Russia , more than fifty Russian public as well as private economic and investment institutions have expressed interest doing business in Sudan said Himedti.

He added saying the cooperation is not only on development but also extended to combating terrorism, fighting human trafficking and illegal immigration but most importantly national security of the two countries, Mr. Dagalo emphasized on a joint meeting to be held in Khartoum over this year between the concerned ministers of Russia and Sudan, he thanked the Sudanese embassy and praised the Sudanese students in Russia on their academic performance as he said it is a pride to the country , for that he took the media floor to invite all Sudanese to come together and find a Sudanese-Sudanese solutions to the down blocked political situation through negotiations.